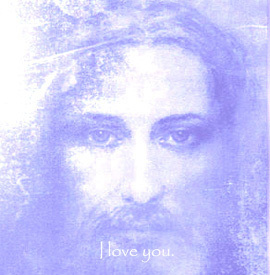 What Is the Ego?

1 The ego is idolatry- – worshiping itself – the sign of limited and separated self, born in a body, doomed to suffer and to end its life in death.  It’s blind to its own obvious insanity, sure its insane thoughts are normal.  The idea of Life dying malkes perfect sense to the ego. It is the will that sees the Will of God as enemy and takes a form in which It is denied. The Will of God is but good for all, and thus everpresent. The ego wills good only for itself and never finds it. The ego is the “proof” that strength is weak and love is fearful, life is really death, and what opposes God alone is true.  Is it not obvious that the ego is insanity? Not to the insane.

3 The Son of God is egoless. For S/He is the true Love of God revealed.  With purest Love S/He does adore Her Source and never leaves It. What can he know of madness and the death of God when he abides in Him?  As Truth, S/He does abide as God’s belovèd Presence What can he know of sorrow and of suffering when he lives in eternal joy? What can he know of fear and punishment, of sin and guilt, of hatred and attack when all there is surrounding him is everlasting peace, forever conflict-free and undisturbed in deepest silence and tranquility?  .  Son of God, wake up!  Why choose You dreaming?  You’re missing so much Love and happiness, clarity and peace.!