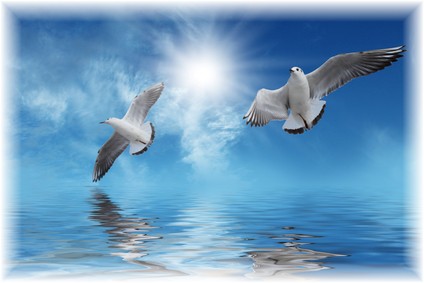 Recently I’ve been asked, by many students of A Course in Miracles, for my response to  a recent mass email from the author, Gary Renard, with the title: “A Vital Message From Gary Renard About The Editing Of A Course In Miracles”

My friends were curious to see how I would respond, especially since I am one of the co-founders of Course in Miracles Society [CIMS] and publisher of A Course in Miracles – Original Edition [ACIM OE], both of which were among the targets of the email from Gary.

It seems that the purpose of Gary Renard’s email was to respond to the remarks about the Original Edition and about the Foundation for Inner Peace[FIP] made by Rev. Tony Ponticello, at the recent 2015 ACIM Conference in New York City.

A friend had forwarded to me a second email she had received from Gary Renard with the subject, “Join Gary in England, and Save Money Before June 1st”, and wrote:

When you go to his website, he has a link that’s called:  Gary Renard on the Urtext
I think it is basically a copy of the mass-email.

I have such mixed feelings about someone who so poorly represents the Course… by purporting to love the Course and be the person who will show us how we all can come to know our True Selves and live on this Earth.

The catch-22 of being required to see Gary as someone calling out for Love without actually telling him he is ‘in error’ is really mind-blowing!

It is a strong lesson indeed!”

How to respond? How to answer this conundrum for myself? And yet to respond to this seeming attack feels like nothing less than a call to JOY! In fact, I told my husband that it feels as if it were related to the very reason for my Soul journey, actually for Our journey as the SonShip, in this illusory time and space.

If not now, when, oh Holy Child of God?

Along those lines, it also feels as though it is an opportunity to demonstrate the theme of the past Conference, which was: “The holiest of all the spots on earth is where an ancient hatred has become a PRESENT LOVE.”  ACIM OE CH 26, X 82

Just now, I was preparing the Early Mailing of the Daily Lessons and Text Readings for May 18th and reviewing the TEXT selection of the day for an opening QUOTE, when the choice made itself known. Many of the paragraphs caught my attention, as they usually do, and yet this one brought tears to my eyes.

27Now has no meaning to the ego. The present merely reminds it of past hurts, and it reacts to the present as if it were the past. The ego cannot tolerate release from the past, and although the past is no more, the ego tries to preserve its image by responding as if it were present. Thus it dictates reactions to those you meet now from a past reference point, obscuring their present reality. In effect, if you follow the ego’s dictates, you will react to your brothers as though they were someone else, and this will surely prevent you from perceiving them as they are. And you will receive messages from them out of your own past because, by making it real in the present, you are forbidding yourself to let it go. You thus deny yourself the message of release that every brother offers you now. ACIM OE CH 12 IV

I believe that the drama of this controversy, and the messages in this section of the text, epitomize the message of A Course in Miracles. It demonstrates a challenge and a decision that I think we are ready for. Perhaps that is why Rev Tony Ponticello took the bold move to say words, he admitted later, would ‘Rile up the crowd’ and get a discussion going. Perhaps “All things are Lessons God would have me learn.” Lesson 193

The paragraph begins with,

26 “Now has no meaning to the ego. The present merely reminds it of past hurts, and it reacts to the present as if it were the past.”  ACIM OE CH 12 IV

Why does the Now have no meaning to the limited thought system? What does the Now hold that makes it of no use to the ego, except to remind us of the past? Could it be that it holds— “NOTHING?” And yet could it also be that it also holds —“EVERYTHING?!” The Now is empty of the past and the future, and yet it holds the essence of our BEING. In this chapter, we read:

30 “It is in the reality of now, without past or future, that the beginning of the appreciation of eternity lies. For only now is here, and it presents the opportunities for the holy encounters in which salvation can be found.” ACIM OE CH 12 IV

The Now “presents the opportunities for the holy encounters in which Salvation can be found.” That’s why it is important to our Souls and demeaned by the ego. It is in the Now that we have the opportunity to release our illusion of separation and find our salvation.

If the ego is a thought of fear, born of separation and time, where is it, once the light of Truth and Love shine within the ‘Present Moment of Now’? There is no wonder the ego gives the Now no meaning. In the Now, if we don’t drag-in the past, the ego dissolves back into the nothingness from which it came. That’s exactly why the ego is attached to the past.

26 “The ego has a very strange notion of time, and it is with this notion that your questioning might well begin. The ego invests heavily in the past and in the end believes that the past is the only aspect of time that is meaningful.” ACIM OE CH 12 IV

In the ego thought system, who needs the present when we can dredge up the past and make it continuous with the future?

I remember clearly the E.S.T. training I took three and a half decades ago, in which the trainer wrapped his foot under the rung of a chair and walked across the stage, dragging the chair. He was demonstrating how we hold onto the past and drag it with us into the present.

Thus, when we condemn a brother for doing anything, we are holding him to the ‘past’, whether it is something that occurred thirty years ago or last week.

And yet the message of the Course is that we are ONE SELF, united with our creator. To condemn a ‘part’ is to perpetuate the separation by seeing our brother as separate, and to see only the past is to lose sight of the only time there is. The ego uses the past to avoid the present at all costs.

When the ego emphasizes our guilt, it is making certain that the future will repeat the past, so we can avoid the present. How crazy is that!

26 “You will remember that we said its emphasis on guilt enables it to ensure its continuity by making the future like the past and thus avoiding the present. By the notion of paying for the past in the future, the past becomes the determiner of the future, making them continuous without an intervening present.” ACIM OE CH 12 IV

What then are we making REAL for ourselves, when we recreate scenarios of the past, which weren’t real then and are equally unreal, in this moment of Now?

27 “In effect, if you follow the ego’s dictates, you will react to your brothers as though they were someone else, and this will surely prevent you from perceiving them as they are. And you will receive messages from them out of your own past because, by making it real in the present, you are forbidding yourself to let it go. You thus deny yourself the message of release that every brother offers you now.” ACIM OE CH 12 IV

In the beginning of paragraph 27 we learn,

27“The ego cannot tolerate release from the past, and although the past is no more, the ego tries to preserve its image by responding as if it were present. Thus it dictates reactions to those you meet now from a past reference point, obscuring their present reality.” ACIM OE CH 12 IV

At the 2015 ACIM Conference, there was a moment when Gary Renard and his wife were at the water fountain at the same time my husband and I were there. Gary seemed to recognize us and quickly grabbed his wife’s hand and began to run down the hall.

That moment was a chance for a holy encounter, and yet we missed our chance.

Later, in one of the presentations, the participants were asked to hug one another, and take three deep breaths. We were then asked to look into one another’s eyes, while getting in touch with who we are and who our brother is. The person behind me had Gary Renard as a partner and when the Presenter asked for volunteers to share their experience, she raised her hand. She shared how their bodies made a tent as they hugged and how they were unbalanced and almost fell over as they teetered. Later, at the end of the presentation, I turned around and found myself facing Gary Renard. I was aware of the temptation to perceive conflict and aware of the previous person’s sharing and even so, in that instant, there was only Love. We hugged closely and both of us melted, as I whispered, “I love you, Gary.”

Love is the only answer, as He tells us,

90“A little knowledge is an all-encompassing thing. If you are grateful to each other, you are grateful to God for what He created. Through your gratitude, you can come to know each other, and one moment of real recognition makes all men your brothers because they are all of your Father. Love does not conquer all things, but it does set all things right.” ACIM OE CH 4 VII

Now I know why the last line of that original paragraph27 made me cry.  Gary has offered me the message of release. He has given me the chance to release the past and open to the Now, in which “we can come to know each other.” He is my brother, because he is of our Father, and what is left of our past is but a blessing. ♥

*Reverend Reja Joy Green is one of the founding members of the Course in Miracles Society [CIMS]; She is the CIMS webmaster, eMagazine editor and producer of the Daily Lesson Mailings [example of mailings]. Rev. Reja Joy facilitates the Course in Miracles study group in Omaha and is ordained as a Community Miracles Center minister.  Rev Reja Joy facilitated the 2013 free ACIM DAILY Lesson Conference Calls along with Rev. Pamela Whitman.

As a registered Yoga Instructor, Rev. Reja Joy teaches through her RejaJoy-Yoga-Studio from the perspective of A Course in Miracles and hosts several social media groups for those who share this journey. Rev. Reja Joy currently resides with her loving husband Chris Green in Omaha, NE.

Course in Miracles Society (CIMS) is an international group of Course students and teachers organized to discover, authenticate and propagate the divine teachings of A Course in Miracles. As students, we seek to increase our knowledge of Jesus’ words and to deepen our experience of his teaching. As teachers, we work to circulate the message of A Course in Miracles throughout the world by our words, by our deeds and by the example of our lives.  Jcim.net