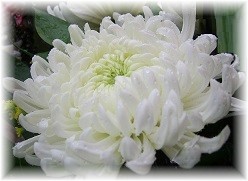 
WORKBOOK FOR STUDENTS – Part I

I am at home. Fear is the stranger here.

I am at home.No matter where I seem to be, My mind is stayed at Home, and that Home is Heaven.

Fear is the stranger here.For God – Our Father-Mother – Be-ing Love, there is no place for fear where All is Love.

1 Fear is a stranger to the ways of love. For hate is what it tends to generate. Identify with fear, and you will be a stranger to yourself. For You are but Love, which dismisses fear. And thus you are unknown to you. And not to know Yourself just terrifies. What is your Self remains an alien to the part of you which thinks that it is real but different from yourself. a.k.a. ego. Who could be sane in such a circumstance? Who but a madman could believe he is what he is not and judge against himself? You follow what I’m saying here? First You believe You are an ego, then You judge Yourself being so. Thus are You twice judged and twice mistaken!

2 There is a stranger in our midst – I speak of ego – who comes from an idea so foreign to the truth he speaks a different language, looks upon a world truth does not know, – conformed to itself and not reality – and understands what truth regards as senseless. Stranger yet, he does not recognize to whom he comes and yet maintains his home belongs to him, while he is alien now who is at home. The ego does insist You are its residence and would crowd out and/or deny the Holy Spirit.

3And yet how easy it would be to say, “This is my home. Here I belong and will not leave because a madman says I must.” For, indeed, the Holy Spirit is Your true Identity. What reason is there for not saying this? What could the reason be except that you had asked this stranger – a.k.a. ego – in to take your place and let you be a stranger to yourself? No one would let himself be dispossessed so needlessly unless he thought there was another home more suited to his tastes. So You left Heaven and took up residence in hell. Its other name is ‘the world’.

4 Who is the stranger? Is it fear or you that is unsuited to the home which God provided for His Son? Do not forget that You are still His Son, and that God Loves You. Is fear His own, created in His likeness? Is it fear that love completes and is completed by? God knows naught of fear! Love is All there is. There is no home can shelter love and fear. They cannot coexist. If you are real, then fear must be illusion. For as the Son of God, only Love is Real. The ego, on the other hand, insists that fear is real. And if fear is real, then you do not exist at all. For then all that there could be is ego.

5 How simply, then, the question is resolved. Perhaps the logic is clearer to Me than it is to You who have forgotten that You are Christ too. Who fears has but denied himself and said, “I am the stranger here. And so I leave my home to one more like me than myself and give him all I thought belonged to me.” Thus does the ego ascend to power. And the Son of God now wanders homeless. Now is he exiled of necessity, not knowing who he is, uncertain of all things but this—that he is not himself and that his home has been denied to him. And who is more miserable than He?

6 What does he search for now? What is left for Him? What can he find? A stranger to himself can find no home wherever he may look, for he has made return impossible. Thus having chosen to forget His Divine Identity. His way is lost except a miracle will search him out and show him that he is no stranger now. Now You do understand the necessity for miracles.The miracle will come. For in his home his Self remains. It asked no stranger in and took no alien thought to be Itself. No, not really. It was all a dream. And It will call its own unto Itself, in recognition of what is Its own. He needs to waken.

7 Who is the stranger? You know Him well; You think that You are He. Is he not the one your Self calls not? You are unable now to recognize this stranger in your midst, for you have given him your rightful place. Your mind and Your name. Yet is your Self as certain of Its own as God is of His Son. He cannot be confused about creation. He is sure of what belongs to Him. S/He but needs to turn to Reality. God has not forgot His belovèd Son. No stranger can be interposed between His knowledge and His Son’s reality. He does not know of strangers. He is certain of His Son. Of this, be assured.

8 God’s certainty suffices. Who can know a thing separate from God? It’s impossible. Who He knows to be His Son belongs where He has set His Son forever. This is True right now. He has answered you who ask, “Who is the stranger?” Hear His Voice assure you, quietly and sure, that you are not a stranger to your Father, nor is your Creator stranger made to you. Let go the ego. Whom God has joined remains forever one, at home in Him, no stranger to Himself. The Son of God You are, stands right there where You stand deluded!

9Today we offer thanks that Christ has come to search the world for what belongs to Him. Where You see an ego, He sees God’s Son. His vision sees no strangers, but beholds His own and joyously unites with them. They see Him as a stranger, for they do not recognize themselves. Yet as they give Him welcome, they remember. And He leads them gently home again where they belong. He calls to You now. Will You not listen?

10Not one does Christ forget. Right now it is beyond Your present ken how much He loves You. You will remember. Not one He fails to give you to remember that your home may be complete and perfect as it was established. Could Heaven be another way than that? He has not forgotten you. But you will not remember Him until you look on all as He does. With His loving eyes. Who denies his brother is denying Him and thus refusing to accept the gift of sight by which his Self is clearly recognized, his home remembered, and salvation come. You cannot go Home deliberately without Your Brother.